The Navajo are the largest tribe in America.  Our reservation is about the size of West Virginia with portions of land in Utah, Arizona and New Mexico.  The Navajo Nation is home to about 350,000 Navajo.

The Navajo Nation is operated like a sovereign nation in many ways.  We have our own police force, judicial system, tribal council and president.  It is amazing to cross into our reservation and see what seems like a little country co-existing within the borders of the United States. 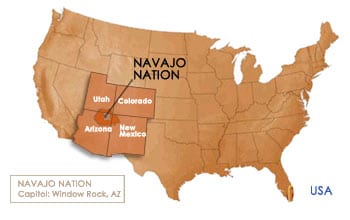 Like many Native Americans, the Navajo have had their fair share of mistreatment by the American Government.  Testimonies have been given by some, of being punished just for speaking their own language out loud in public.  How ironic that in World War II the Navajo were called upon to use that same language to create a code that could not be broken.  At Iwo Jima, Major Howard Connor, 5th Marine Division signal officer, had six Navajo code talkers working around the clock during the first two days of the battle. These six sent and received over 800 messages, all without error. Connor later stated, "Were it not for the Navajos, the Marines would never have taken Iwo Jima."  Today these men are hailed as true American heroes. 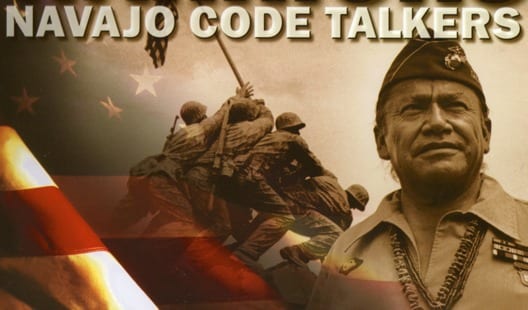 Canyon De Chelly is a beautiful canyon located in Chinle, Arizona that holds great importance to the Navajo, both historically and spiritually.  Its historical significance is two-fold.  Canyon De Chelly was once home to the Anasazi, "The Ancient Ones."  This people group disappeared centuries ago without a trace and the Navajo believe themselves to be their descendants.  Thus, the canyon is an important connection between the Navajo and their heritage.  The second historically significant event to occur in Canyon De Chelly is a negative one in their history.  In 1864 Kit Carson betrayed the Navajo and after burning their crops and killing their livestock, starved the Navajo into submission.  The Navajo were then escorted to the Bosque Redondo in Eastern New Mexico, only to return home in 1868.

The spiritual significance of Canyon De Chelly can be found in the many ancient stories staged inside the walls of this majestic canyon.  One such story is centered around a magnificent formation called "Spider Rock."  The Navajo believe that this was the home of "Spider Woman", a deity that taught the Navajo people how to weave the rug.  Young children were warned that if they did not behave, "Spider Woman" would let down her web-ladder and take them home to eat them!

The sweat lodge is used as a means of purification and offers the practitioner a new beginning upon exiting the sweat lodge.  It is said that when one has lost his direction in life that he must re-enter "Mother Earth" to be reborn.  This ceremony offers a new beginning and a new life but is allowed to be done only four times within a person's lifetime. 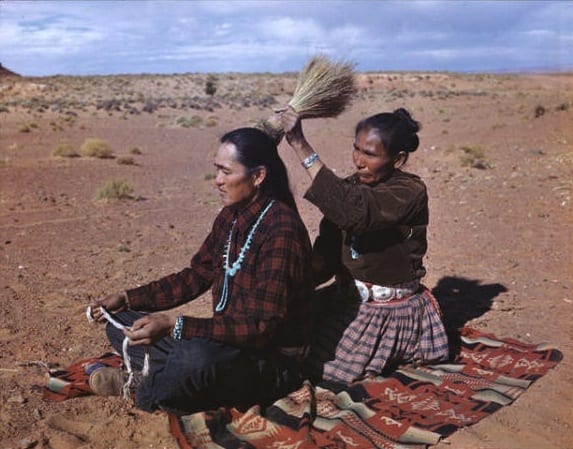 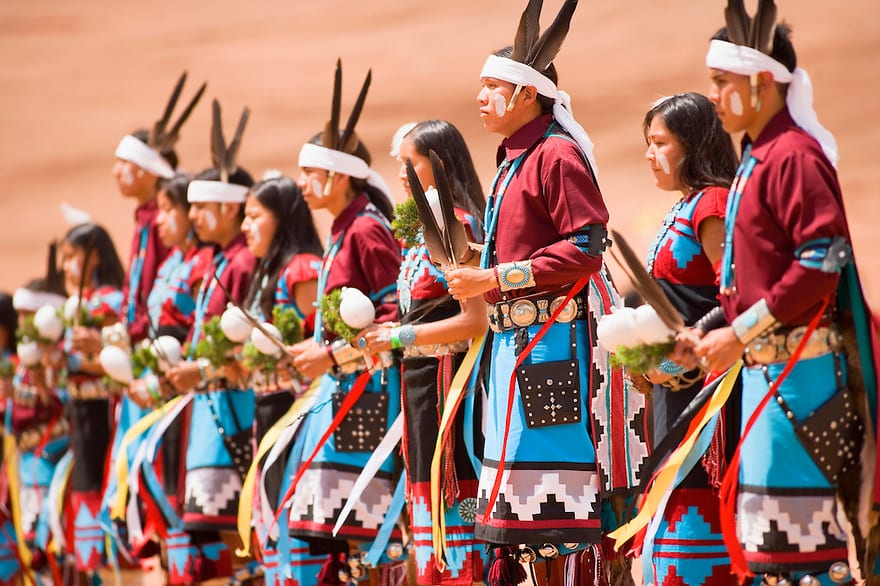 The Squaw-dance is the only affair at which couples dance. Navajos say that "Squaw-dance" is a white man's name for it; it is really a war-dance. It is also a curing ceremony, the disease being the enemy to be defeated.

The whole affair lasts three days, starting at the home of the patient and moving each day a day's journey for a horse. The trek is made slowly in wagons or on horseback, and every day the crowd increases. On the second night a few men, daubed with mud, dance a wild shouting turn, as a prayer for rain. Only on the last night do women dance.

The modern-day medicine man is hired to perform anything from ceremonies of blessing for community centers to ceremonies of protection from skin walkers and witches.  Today's medicine man is also used regularly for physical healing and to find out if any difficulties have emerged in one's life due to violating taboos. 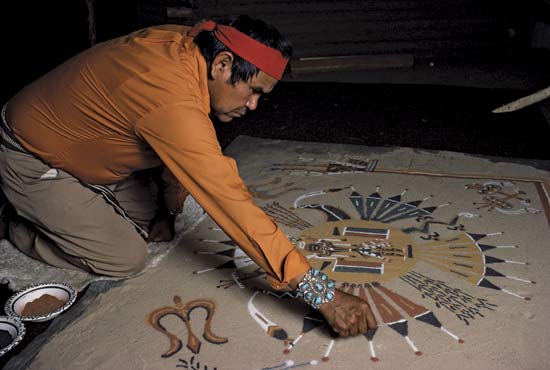